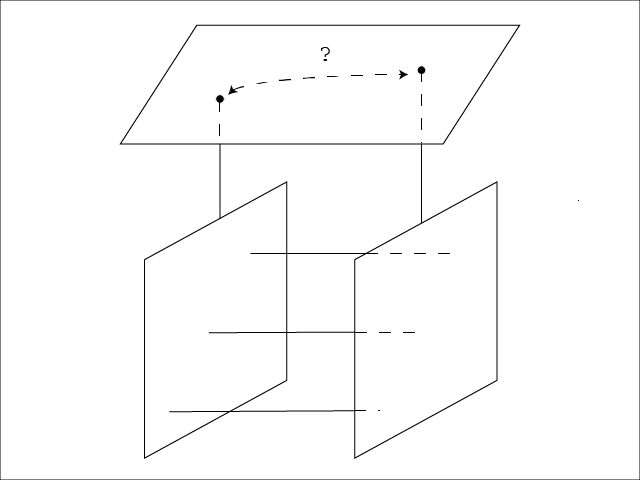 Is using phone in a meeting distracting and disrespecting the speaker, or is it because each person has a right to focus on what’s more important? Shouldn’t the speaker focus on the talk, and doesn’t the listener come there to listen? There are endless arguments like this, and both sides have their rationales. If we keep thinking about what to do or asking whether we are wrong or not we may have analysis paralysis. The perfect is the enemy of the good.

The dissatisfaction that one may have with pop psychology is that it just gives little more than platitudes or oversimplified and contradictory advice. The same thing can be said to Eastern philosophies, because it’s really hard to tell if ones misconstrues the teachings or not. The texts make sense, but they aren’t fully satisfied. Something is unfulfilled, but we cannot pinpoint exactly what. There will be holes to attack, and when they are attacked, the attackers show their holes.

Here is my unexhausted list for proverbs or advice for the disciplined – flexible issue:

This is funny, because the efforts to against maladaptive thoughts can become maladaptive, similarly to how syntheses become theses once registered into memory. (I think this phenomenon strongly relates to polysemy and the nature of information, but this will be discussed later.)

The secret to be flexible without having to compromise stability (e.g. violate rules) is to notice the struggle of others, because mitigating others’ struggles is the reason why stability is born at the first place. Instead of worrying whether a behavior is moral or legal or not, we should check its ability to reduces the cognitive dissonances of everyone in long term. In the case of having conflicts, no one will feel that they have to compromise, but sees how their worry is maximally satisfied before it is actually satisfied.

In the debate whether one should devote time to learn Go or chess, it seems that Go is clearly superior. The Go community actually gives reasons why Go is better (more flexible on these aspects, more disciplined on those aspects), while the chess community only discusses what is more fun (note that in both threads there are users who actually play both games). But if we watch some pro chess games and completely immerse into its rules and tactics, we can gradually realize the fun of it that Go don’t have, or we know of but don’t realize how impacting it is. In other words, when we explore the perspectives of the clearnesses in the [chess] perspective, our judgement will disappear.

When there are two things that make us undecidable, or when we sense that our decisions contain prejudices, instead viewing them as clearnesses we should look into their dual perspectives and see the clearnesses inside that:

Therefore after elaborating why one should choose this but not that, the decision maker should sit down and make a comparison table. (The official name is the decisional balance sheet.) This will force them to roll their sleeve to compare individual features, instead of making superfluously judgement. This can apply to any debate, be it paper books vs phones, preservation vs development, Western vs Eastern, or tree vs snake.

Each mapping is a movement, connecting two clearnesses from two vertical perspectives in a horizontal perspective. With this sketch we can say that the jump between two perspectives is a collection of fadednesses. The mapping should be done after both perspectives are properly constructed, or else the preexisting opinions will still be there, and the old perspective cannot be escaped. Half-baked understanding does more harm than good.

Each of them can become a sentence, paralleling to each other’s. If the reader doesn’t have previous understanding on each perspectives, then they will feel the sentences are unconnected. The points don’t seem to connect, even though each individual one can be understood.