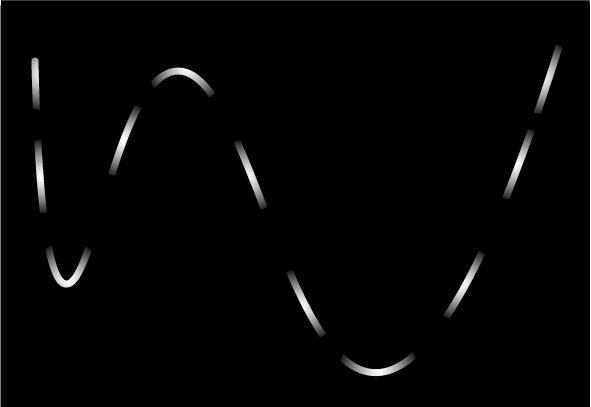 The relationship between clearness and perspective is called duality. It can be imagined as a zoom in – zoom out mechanism, like fractal, but it’s for convenience rather than correct.

At first, maybe long, round, and animal are the clearnesses the blind man see. These clearness uniquely exist in the movement named snake, so even when there is no venomous, they still connect. Once the movement is formed, the perspective resets and snake is a new clearness. The same thing happens with tree and spear.

But there is no movement that has these three clearnesses that he knows beforehand, so now he is confused. New clearness must be added more to make a whole new movement, but until these first clearnesses are connected his confusion won’t stop. This only changes when the turning points show up: ­

These turning points by themselves are just ordinary clearnesses, but in this particular perspective they happen to be… the turning points. They can be suggested from other unrelated activities. They may be forgotten quickly from working memory, but we can recall them back. On the other hand, the non-turning point clearnesses are subjected to be erased quickly if they are isolated.

Together he will see:

There are still isolated clearnesses, but now he can see the fadedness between nearby clearnesses. To put it in another way, to make a clearness no longer isolated, there must be a fadedness around it.

With this success, he can gradually complete it:

Finally there is no isolated clearness left. All are connected into a movement, and the clearness elephant is born. His definition will be something relates to tree and snake, and when those clearnesses uniquely appear in another perspective, elephant will be called out too. Watching how the meaning flipping is interesting and gives us the sense of rigorousness.

Once the movement is completed, the perspective is changed, and the movement is reset. After the reset, some clearnesses are relocated, some disappears, some are new. elephant won’t disappear once it’s registered, but the movement “inside” it tends to shrink to minimal, and may not contain tree or snake anymore. The likelihood that tree will stay largely depends on whether there is elephant or not in the tree movement.

Now he can understand a discussion about the extinction of mammoth, and is ready to adopt the rigorousness from Wikipedia:

Elephants are large mammals of the family Elephantidae and the order Proboscidea.